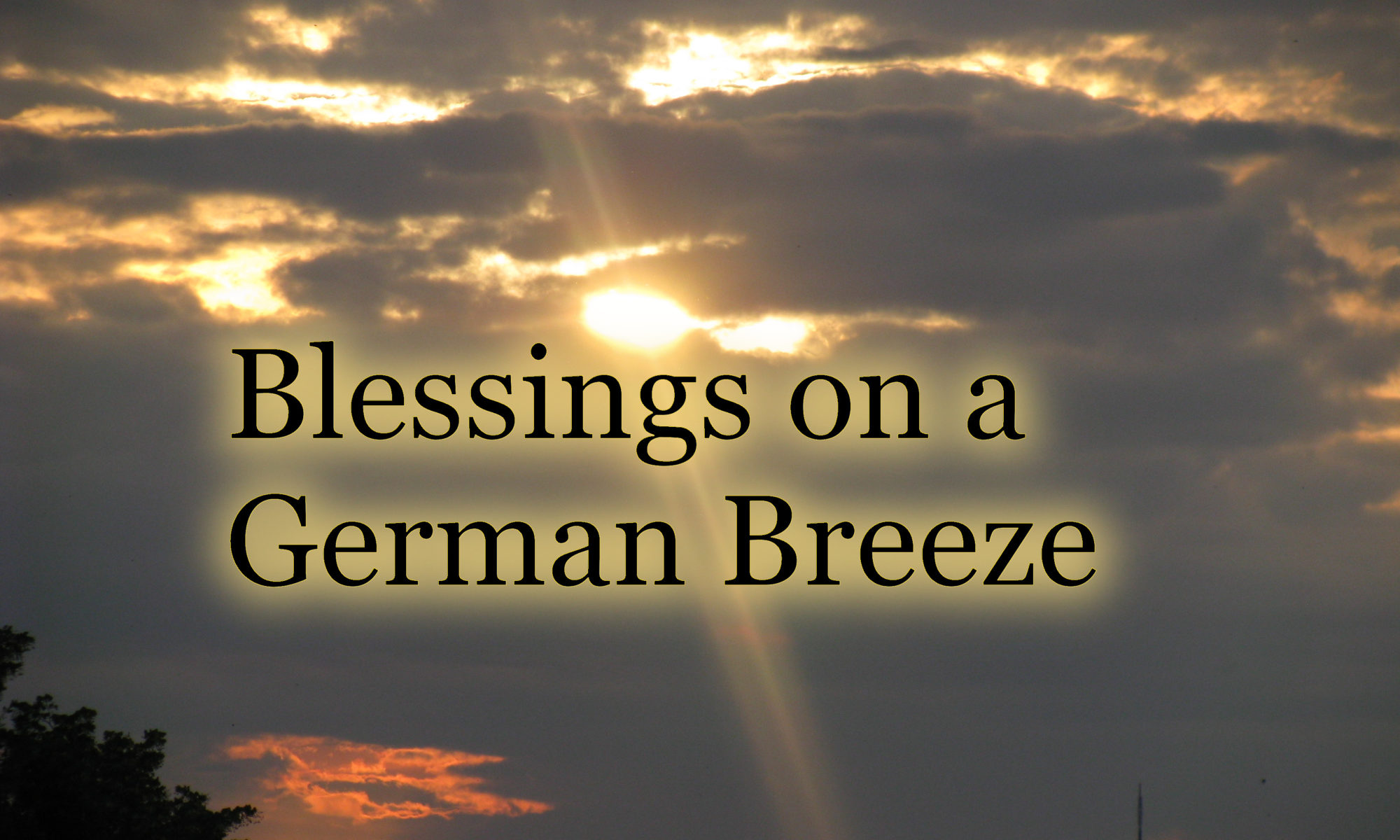 The world remains gripped by a pandemic; an unseen, but very present coronavirus has caused us to rethink a lot of things: how we work, how we spend time, how we show respect and communicate. I’ve been sitting on a fun anecdote (from a German news site) for a while, and thought these dark days are as good a time as any to share. So coming up: the story of a giant Jesus Christ and the two German monks, in this short episode of Faith Full.

Each year the blue skies above Warstein, Germany are filled with colorful characters full of hot air. Before coronavirus pushed it back, this was to be the 30th jubilee year of the get ready for it—Warsteiner Internationalen Montgolfiade, hot air balloon festival. Warstein is in the western-central part of Germany, home of Warsteiner beer.

Not far from the Warsteiner World brewery and museum, each September sees the arrival of balloons of all shapes and sizes: giant trains, or maybe a beloved German cartoon.

During the 2018 festival, just before 8 p.m., balloon pilot Uwe Storkan faced tough winds from a mountain pass, and he had to set down. He found an open field, which happened to be on the grounds of a Benedictine Abbey, Koenigsmuenster.

One of the monks, Brother Isidor, was looking out the window during dinner, and saw the balloon heading their way, and he had one thought—get the sheep.

Maybe he had more than one thought, but he ran out to make sure the sheep were safe. They were, and Isidor helped the pilot secure the balloon.

Meanwhile, fellow monk Justus came looking for his Brother. Once business was taken care of, securing everything, the balloonists and Brothers could talk.

Since the Holy Men had been watching the balloons closely, the sheep bleating away, they asked if one of the special balloons could come for a visit—they asked for Christ to float to the Abbey.

One of the balloons was a re-creation of the Christ the Redeemer statue in Rio de Janeiro—it’s all white, Christ’s arms outstretched as He, in balloon form, floats above forests and fields.

Because it’s hard to detour balloons it was hard to make a promise right away, but organizers of the balloon festival thought sending a giant Jesus balloon to an Abbey was a great idea, so they came up with a plan to get the balloon to the monks, and then fill it while on the newly founded Abbey balloon landing pad.

The Brothers went through a briefing, and saw the balloon fill, and hoped for the hot air balloon in Christ form to lift them away, but the weather prevented a take off. Still the Monks could board, and the pilot was honored to have them. Brother Isidor said he kept faith through the experience that what was meant to happen would. He said if God would want for him to spend more time on the Earth, He would make sure Isidor would come back down!

The Brothers said they’ve been baptized in the Roman Catholic Church, but they still need their balloon Christening if they take off one day…every balloonist has a ceremony once they take a trip.

I contacted the Abbey and the monks declined to speak with me, saying because the flight was cancelled on account of weather, they didn’t think there was much to say.

I have to disagree!

Sometimes the story of joy and discovery is not necessarily in a Christ balloon carrying you to the Heavens, and it’s instead in the charity, kindness, and excitement found on the ground.

A famous quote attributed to Saint Bede the Venerable says, “Unfurl the sails, and let God steer us where He will.”

It’s true for sailors, for hot air balloonists, and for you and me, I suppose.

Whether our paths take us through uncertain lands with pandemics, unrest, or other untold challenges, we can only try our best to use what we’ve learned and experienced to keep our vessels moving.

The direction and destination are often not up to us.